Erectile dysfunction products offer men hope. Especially, if the man does not possess the time nor patience for safe and efficient treatment. In such precarious situations, men will likely resort to cheap and potentially dangerous treatments. To make things worse, bold advertisement promises, at the right price, may allow men to ignore the risks associated with consuming unapproved medications.

Amazon recently issued a recall announcement, stating that some erectile dysfunction pills, offered by vendor Your Favorite Shop, were “tainted by tadalafil.” Tadalafil is actually approved by the US Food and Drug Administration. Tadalafil is a blood vessel dilator, which makes it an effective ingredient in erectile dysfunction medication. Cialis and Adcirca contain tadalafil.

The reason why Amazon issued the recall however, was that the Your Favorite Shop medications were not subject to FDA approval. Therefore, there is no way to measure the amount of tadalafil in each pill, or to check that the pills are even fake and could contain dangerous ingredients.

As noted earlier, tadalafil is a blood vessel dilator. The medicine belongs to a class of drugs known as phosphodiesterase-5 and effective erectile dysfunction treatment. But taking the recalled pills could potentially lower blood pressure to dangerously low levels.

An erectile dysfunction treatment is very lucrative. Just Google “erectile dysfunction cures” and tens of millions sites will appear. Granted, these options may be cheap. Even more advantageous, the options provide hope to desperate men. However, such options can be dangerous at best and deadly at worst.

An investigation from the FDA revealed that more than ⅓ of dietary supplements advertised as erectile dysfunction cures, contained prescription drugs, like tadalafil or sildenafil, an ingredient in Viagra.

Around the Globe, People are Suffering from Internet Impotence Pills

As frightening as the thought of purchasing fake erectile dysfunction medicine off the internet is here in America, imagine contemplating similar fears in countries with less internet regulations. A 49 year old man, in a country in Asia, who took a fake version of Cialis, was taken to the hospital after experiencing stroke-like symptoms. He died two weeks later.

According to a South African news report, many patients were hospitalized with hypoglycemia, which occurs when the body undergoes a sudden drop in blood sugar. Many of these patients had taken fake erection medications.

Why Purchasing Cheap Erectile Dysfunction Pills is a Bad Idea

The risks of consuming erectile dysfunction medicine from the internet is more dangerous than that. Even if the pills contain what is advertised, the exact amount of each ingredient is impossible to verify.

According to WebMD, more than half of all the erectile dysfunction drugs sold online are fake. Tadalafil could be dangerous to consume if the amount is too excessive or if mixed with other medicine. However, some erectile dysfunction medication will contain flat-out dangerous ingredients, like talcum powder, paint or even printer ink.

Those with certain conditions are even more at risk of sustaining serious health risks by consuming cheap pills purchased off the internet. The way drugs interact with each other can have deadly effects. For example, those with heart conditions and high blood pressure, who take blood thinners and alpha blockers should be careful while mixing erectile dysfunction pills. Those with such conditions, need to speak with a doctor before consuming medicines.

GAINSWave Shock Wave Treatment took the erectile dysfunction industry by storm. Suddenly, there was a solution that was effective, safe and non-invasive. Which means, impotent individuals do not have to subject themselves to the dangers of online pills.

Consuming any pills purchased on the internet, is really just a roll of the die. Will it work? Will my health be okay tomorrow morning? Such daunting questions are enough to rain on anyone’s parade.

GAINSWave Shock Wave Therapy uses sound waves to remove plaque from one’s blood  stream. The procedure also promotes the growth of new and healthy blood vessels. As a result, blood flow is vastly improved.  Improper blood flow is one of the most common causes of erectile dysfunction.

Dr. Kendrick Heywood, a native of Miami, is an accomplished medical professional who has spent his career developing cutting-edge regenerative treatments to help clients get the most from life. As a health and wellness expert, Dr. Heywood has helped thousands of patients optimize their longevity with innovative treatments and therapies, all carefully designed to produce positive outcomes. Dr. Heywood graduated cum laude from the University of Florida before continuing his medical education at their esteemed College of Medicine. Following graduation, he then put his expertise and talent to use at Miami’s famed Jackson Memorial Internal Medicine Unit. It was here where Dr. Heywood first developed an interest in functional medicine. Following his residency, Dr. Heywood was able to transition fully to functional medicine, providing the groundwork for a career dedicated to addressing the root causes of the many age-related issues his clients were experiencing as they grew older. Dr. Heywood is currently helping to develop the next generation of age management and regenerative therapies while also seeing clients daily. He is a professionally trained and licensed provider of results-based age management therapies and is an active member of the American Academy of Anti-Aging Medicine. 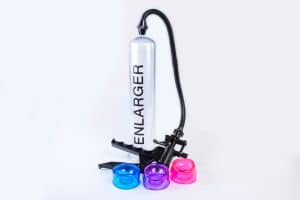 How Effective is a Vacuum Erection Device? 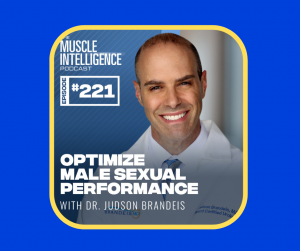 Muscle Intelligence For Your “Package” The Gaby Reece Show: Testosterone, ED & How They Affect EVERYONE 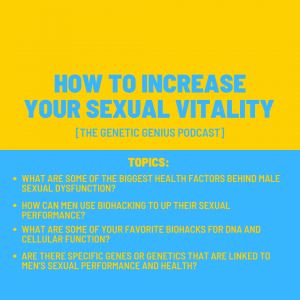 How To Increase Your Sexual Vitality [The Genetic Genius Podcast] 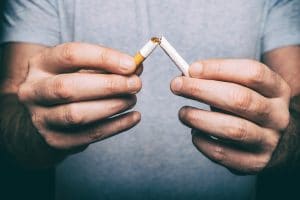 Smoking Causes Erectile Dysfunction, Here is How to Quit 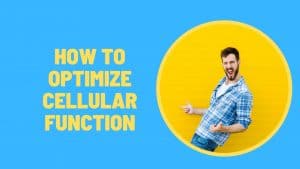