Before and After – A Patient’s GAINSWave Journey 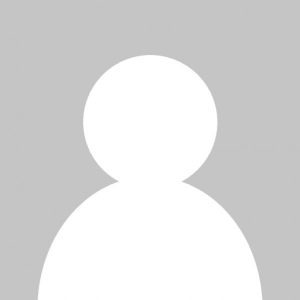 It’s amazing how often we overlook the importance of having a healthy sex life until something goes wrong with it. I hadn’t noticed there was even an issue until my wife began to wonder if my flagging libido was her. Spoiler alert: it wasn’t. What was actually occurring was that after years of elite-level training and to a certain extent, age, my body had changed on me.

As an elite cyclist and athlete, it’s safe to say that in the last four years alone, I’ve probably spent more time in a saddle than most people will in their entire lives. After training for eleven Ironman tournaments and spending years as a high-level road cyclist, I knew there would be some injuries, but instead of the tendonitis that I was expecting, what I had actually gotten was the early onset of ED, most likely caused by all that time on the bike.

It would have been very easy for me to rush out and get those little blue or orange pills, but after doing my research, they didn’t seem like a good fit for me. First and most importantly for me, although the pills will give you an erection, they do nothing to address the underlying causes. On top of that, men prescribed these medications have been known to permanently build up a tolerance over time meaning that any improvements I experienced might only be temporary. Lastly, as anyone who has researched this will tell you, the monthly cost for some of these medications is enough to give you a nosebleed.

I like to think that I’m not the kind of person who can’t be pressured into rash decisions, so when I first heard about GAINSWave from a friend who had had the procedure, I wasn’t immediately convinced. It’s my health after all, so even with a personal endorsement, lots of reading and consideration, what ultimately helped me make a decision came down to what was essentially a cost-benefit analysis.

First, unlike the pills or surgeries, this was natural, had no painful recovery, and was honestly really convenient because the procedure is so fast and done right there in the doctor’s office that I didn’t have to take time off or make any special arrangements to be treated. Second, the entire GAINSWave therapy cost me roughly the same as a three-month regimen of those little blue pills (retail), but instead of results that last for a few hours, this would last for years. All without having to remember to take anything or having to inject myself or having to plan when I was maybe going to want to have sex; this was really a pretty persuasive argument, but I still needed some convincing.

Ultimately, what made the difference for me was just being able to talk to a doctor about GAINSWave. So, after checking their website, I found BioRestoration Medical Group on their registry and I’m really glad that I did. ED is still a pretty sensitive topic, so being able to speak to someone who had comprehensive answers to my questions and already had a lot of experience treating ED using GAINSWave made a huge impact on my decision to go ahead with the procedure.

I feel like I should mention here that part of my trepidation stemmed from not being able to see how the procedure was done or what the results looked like. Reading about the results is one thing but seeing is a completely different experience for a lot of people, which was a key factor in my decision to record and document my treatments, progress, and results in these videos.

I started with a single treatment to test it out and see if it was right for me and to answer some lingering questions that I had. What kind of questions? Well, for one, I was curious about what it actually feels like to have the procedure done.

Maybe the best way to answer that is to just to describe it.

I opted to get the GAINSWave and PRP which is supposed to deliver the best results. When I arrived, they took me to one of the treatment rooms where I was given a numbing cream to spread on and around my penis. Since the sensation is similar to having someone flick you with their finger, I get how it can be uncomfortable. Some people have described it as being tickled so if you’re kind of ticklish, I imagine that keeping that to a minimum plus any discomfort from getting the shot makes this a reasonable part of the process.

The actual procedure was remarkably fast, taking only about 30 minutes from start to finish. All told, I might have spent about an hour at the doctor’s office and I was able to walk right out as if nothing had happened. They tell you there aren’t any side effects or pain, but it was still kind of surprising and had me wondering if it was even working. I didn’t have to wait long to find out.

I’ve read that some people have report a positive response to the treatment within the first day, and although that wasn’t my experience, I could definitely tell something was happening. After the first few days it was pretty obvious that it was working. I would most attribute that to the excellent, easy to follow protocol I received for getting the most out of my procedure, including instruction on proper use of the vacuum device.

To describe my sex life before and after GAINSWave as night and day would probably be an understatement. Let’s just say that the results were positive enough that I called and scheduled the rest of the treatments within a week of the first, and after five treatments I can tell you that this was exactly the remedy I was hoping for. Physically, I feel fantastic. Not only did it restore my erections, it actually improved them. On top of that, I also noticed that I had become bigger and girthier by the time I walked out of my last appointment.

I just feel incredible now. The boost in my overall confidence has been remarkable and I’m pretty sure that my wife is happy that I got treated.

If you’re suffering from ED, I cannot recommend this treatment highly enough; the investment I made in myself to get treated with GAINSWave really exceeded my expectations as I’ve been extremely pleased with the results so far!