Dr. Kahn has authored numerous publications in his field including articles, book chapters and monographs. He writes health articles and has five books in publication including Your Whole Heart Solution, Dead Execs Don’t Get Bonuses and The Plant Based Solution. He has regular appearances on Dr. Phil, The Doctors Show, Dr. Oz, Larry King Now, Joe Rogan Experience, and with Bassem Yousef. He owns 2 health restaurants in Detroit. He serves as medical director of the largest plant support group in the USA www.pbnsg.org.

In this podcast, Dr. Kahn shares top longevity hacks that include tests and procedures that help your overall health to help you look and feel your best as you age. He also shares keys for cardiovascular health as well as sexual health – and explains how the 2 are interconnected.

Dr. Kahn: You know, weight training, physical exercise, weight loss, can all help, plant based diets can help erectile dysfunction. But the most bizarre therapy, I’m just got to take a minute and tell you, but it’s so exciting, about two years ago, friends of yours and friends of mine started having articles and Cosmo and Men’s Health that they were going to Miami and getting a treatment of erectile dysfunction or a treatment of better male sexual performance called shock therapy. GAINSWave shock therapy, and I read these things. I said, you know, I know they do some crazy things for headlines, I guess they’re doing more. But good or bad, six months ago I was at a good functional medicine meeting and there was the GAINSWave provider table and there were all the articles in a little folder and I was going to the airport so I grabbed it, said I got some stuff to read now, and honestly I was shocked.

Dr. Kahn: And so the story is most people have heard, if you have a really big kidney stone in your kidney that isn’t breaking up, they may put you in a tub of water and do what’s called shockwave, extra corporeal lithotripsy, but they blast the heck out of you under anesthesia to break up the kidney stone. Well, 20 years ago, some cardiologists in Europe knew of some data that said that treatment at a low energy might actually cause better blood flow, better nerve growth, better STEM cells, and actually start treating heart patients after some animal research. And in Europe and Asia, if you’ve had a heart attack, they take the same device but it’s called low energy or low intensity shockwave actually improves heart function. I’m looking into whether we can bring that into United States because it doesn’t exist. And then to finish the story, well, if it helps the heart get better blood flow, why wouldn’t Israeli urologist ten years ago say, I’m going to turn the energy down a little bit more, stick this probe in my pants and see if I get a better blood flow through the arteries that feed the pelvis.

Dr. Kahn: And low and behold, there’s a therapy. It’s known by the marketing named GAINSWave, low intensity shockwave. But I have you know, I practice in Detroit that is in part checking men with erectile dysfunction for the whole functional medicine spectrum of hormones and diet and toxicity and heart disease. But they’ll come in and six times in about four or five weeks for about 10 minutes, I’ve got a device that literally, it’s like a frigging woodpecker, jackhammer. It’s not particularly uncomfortable. They don’t need to be put to sleep. It’s not particularly sexy. They’re usually scared so nothing happens that shouldn’t happen. I do the procedure because I haven’t convinced my nurses they want to jump into this, but it has been remarkable after three or four therapies of the six and you can do more than six, you know, they’ll tell me stuff that’s happening that wasn’t happening.

Dr. Kahn: Things are happening at night. You know, we’re raising the flag pole without you know, they’re having a response. So if they were needing generic viagra before they often don’t need it. If it wasn’t working. Now the generic viagra is working. And there are just some studs and want to be studlier or even though they’re not really having much problem is a cash business, they have the right to enhance. And it’s kind of being called like root cause. It’s cause you really are creating better blood vessels, better nerve function, STEM cell release, nitric oxide. You still got to match it. If you’re smart with a super healthy lifestyle, sexual health is, you know, very much your diet, your fitness, your weight, your sleep, your stress. So you’ve got to do the whole thing. But yeah, so I am now a men’s health shocker. But you know, it’s really, it’s really gratifying to see the responses are so meaningful. Cause you know, it’s so frustrating when that part of life, you know, is going away without permission. You know, some guys just don’t have an interest.

Dr. Cates: Well, what do we, you know, we wouldn’t be talking about healthy longevity if we didn’t address sexual function and, because certainly that’s part of quality of life.

Dr. Kahn: And it may be quantity of life. There’s some fascinating data and fortunately most of the sexual health data in terms of you know real science, in humans is male. It’s just a little easier to measure. This GAINSWave is actually being developed as a female treatment too, it’s the same device, same potential, but it’s not exactly being done, officially yet though anybody probably could. I’ve actually treated some people’s legs with blockages with the same device for the same reason. There’s some data for Europe, so it’s very, you know, flexible in its potential use. But there is actually some data that if you’re a man living in Wales, part of the UK and you said you filled out a survey 20 years ago that I have sex this often during the month from less than one to more than 10 a month, you can just basically track your risk of heart attack and the more you have sex, the less you have a risk of heart attack. More powerful than any drug on the market. Now it might be, it reflect you’re in better shape, you a better relationship, you have more energy, you’re less depressed and it’s just a marker of good health that could be measured in other ways. But God, I love telling patients about that and they write it. They want me to write it on the script. So 10 a month. That’s what you want. And I got to go share that with my partner.

Dr. Cates: Of course. Yeah. That’s all part of the healthy lifestyle certainly. All right, well Joel it’s been a pleasure as always to catch up with you and you’ve shared so much information today. I’m sure people are gonna want to download the transcripts on from today cause you share a lot of information. So a lot of great tips and valuable information. Tell everybody where they can learn more about you.

If you’re interested in learning more about GAINSWave, we encourage you to speak with a provider in your area. To see which doctors in your area provide treatment, CLICK HERE.

Dr. Porter and Dr. Evangelista Join Chuck Woolery and Mark Young to Discuss ED on the Blunt Force Truth Podcast Mindvalley Asks Dr. Amy B. Killen How Any Man Can Have the Best Sex of Their Lives The STRONG Men Podcast looks at Improving Sexual Function with GAINSWave Weight Gain & Sexual Health With Dr. Amy Killen | How Gaining Weight Will Impact My Sexual Health 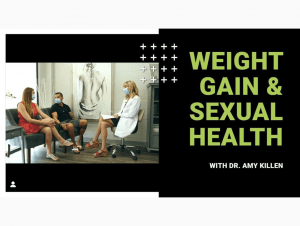 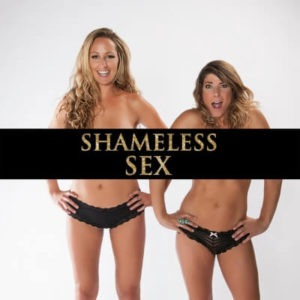 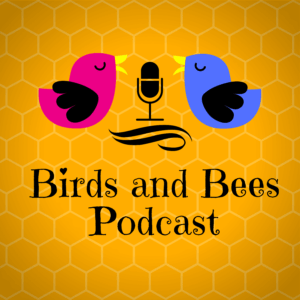 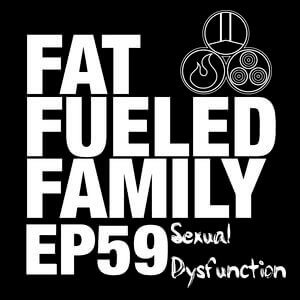 Dr. Amy B. Killen Talks Better Sex on the Life to The Max! Podcast 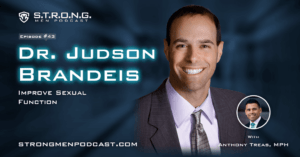