How to Leverage Radio and TV Ads for Medical Practices 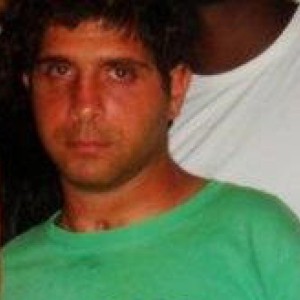 Radio and TV ads can be some of the most effective advertising for medical practices. Nowadays, most healthcare marketing takes place in the digital stratosphere. Especially, local practices, with relative advertising budgets, may be more inclined to spend their funds in PPC ads. After all, pay-per-click ads are only a few dollars, and each one guarantees an interested customer to visit your site.

Radio and TV ads have their disadvantages, especially for a healthcare practice. But they also have extraordinary advantages. Internet ads can be effective, and at a fraction of the cost of a television or radio ad, but traditional marketing can not be dismissed.

When it comes to television, the message and experience an ad can portray is exponentially more captivating than that of a social media ad. For starters, think of the glut of internet ads you see during a quick online visit. Compare that to the three or four television or radio ads you may encounter during a commercial break.

Radio and TV Ads Can Separate Your Practice From the Competition

As a result, a health practice commercial on television, differentiates itself with the countless health practice ads on the internet. Essentially, a television ad, and a radio ad to a degree, allows you to paint the entire picture. Instead of a paint brush, with spectacles, sounds, motion, music and some cool special effects, you can create this spectacular story that ultimately, persuades people to inquire about your services or products.

Granted, there may be a large percentage of the radio and television audience that may avoid the commercials, but there are a significant amount that don’t. When someone sees a television ad, that pertains to a healthcare treatment they are seeking, the chances that they wind up becoming a customer are multiplied tenfold!

For every ad that gets clicked on, there are thousands that don’t. If you are like me, out of fear from inviting third party material onto your computer, you would never dare click on any of those ads anyway.

Another incredibly beneficial aspect of television and radio ads are sponsorships. Commercials are powerful marketing tools, but by becoming a sponsor of a certain program, your business becomes a component of the show. A sponsorship is much more effective than a commercial, especially to audience members who enjoy the program. Sponsorships will allow a brand to be mentioned in a non-intrusive manner. For example, before a commercial break, a voice may announce that the program has been brought to you by the specified brand.

The biggest disadvantage to television or radio commercials, is that people can turn them off. OnDemand services takes this one step further, and allows viewers to even fast forward during commercials. Placing an ad during the brief commercial break of a sporting event, is a clever way to circumvent such deception.

When people watch sports live, they have to sit through the commercials. Plus, many die-hard sports fans won’t turn the channel during commercials, out of fear of missing any of the game. In addition, depending on the age of a practice’s targeted audience, a commercial during a certain sporting event will be aired by countless potential patients.

Jordan Arizmendi has been writing for decades. He has published several novels and used to write his own weekly column for the National Enquirer. One day, he decided to focus his writing on healthcare, in an attempt to explain some of the more confusing and life-threatening medical conditions to the layman. As a result, he earned a Masters in Health Administration from Florida Atlantic University. Now, he writes about erectile dysfunction and other depressing subjects.