No guy likes to talk about it. Few guys will even think about it. ED is like a flat tire, most guys can just hope it does not occur. Actually, erectile dysfunction is very much a consequence of our own demise. Most men are capable of avoiding ED by making healthy lifestyle choices.

The first obstacle in overcoming ED is to determine what the cause of the disorder is. For example, if your diet is very unhealthy, you could be clogging up your arteries. If you take an antidepressant, you could be affecting the neural messages from your brain to your penis. Or, you could just be reaching that age, when the libido starts threading cobwebs.

Fortunately, there are ways to cure ED. Nowadays, even those cobwebs can be brushed aside! As a result of recent medical technology, experts agree that gene therapy is very successful in reducing ED. In addition, a healthy lifestyle is capable of curing ED. Read this article to discover what causes ED. This article will also illustrate the popular solutions to each of the main contributors to ED.

The Science Behind an Erection

Although you might’ve thought thumbing through a dirty magazine was all it took, behind the scenes, a complicated anatomical process is what really creates an erection. In the penis, there are two neighboring chambers of tissue called corpora cavernosa. In Latin, the term refers to a “cave-like body”.

The corpora cavernosa is composed of small arteries, veins, and muscle fibers. The first step in attaining an erection occurs with sexual arousal. During this, a natural chemical, called nitric oxide is released into the bloodstream. In turn, the nitric oxide alerts the muscles and arteries of the penis to relax. As the muscles in the corpora cavernosa relax, a wide empty space is created, allowing a healthy flow of blood to traverse through.

While the blood is flowing through, the tissue around the corpora cavernosa tightens, and essentially, traps the blood in the penis. Although the exit door may be locked shut, blood continues to pour into the chambers and as a result, enlarges the penis. Shortly afterward, an erection is born.

Determining the causes of erectile dysfunction could be tricky. After all, the lineup of potential suspects is seemingly infinite. Age is the most common culprit. Once we reach a certain age, our libido seems to gush out of us. But other factors can also contribute to ED such as vascular disease, resulting in an inadequate supply of blood to the penis; a neurological disorder, which may send damaged nerve impulses to the penis; a psychological disorder, resulting in a lack of stimulus to the penis; poor lifestyle choices; certain medications; substance abuse; trauma; or even a chronic illness.

An understanding of what a vascular disease is and how it can cause erectile problems is a great place to start in determining the cause of erectile dysfunction. For example, an erection is the result of healthy blood vessels, nerves, hormones, as well as sexual stimulation. All of these components combine to create a healthy erection.

However, if just one of those ingredients is thrown out of whack, ED becomes a very likely scenario. When arteries get clogged, blood will not flow as easily and efficiently. In fact, according to WebMD, vascular diseases may be the contributor of 50% to 70% of all ED cases. Avascular disease, such as diabetes, affects blood vessels. Those suffering from vascular diseases will experience a lower blood flow.

What causes vascular disease and how can it be rectified?

Sometimes, surgical treatment such as angioplasty is required to clear blood vessels. Speak to your doctor to find out what your best possible solution is.

As illustrated above, forming and maintaining an erection is the result of a few equally instrumental factors. Blood flow is one such factor. Diabetes causes blood sugar (glucose) levels to rise. When this occurs, small blood vessels may be damaged. There are small blood vessels in the penis, that will affect erectile performance.

Diabetes is one of the most common chronic diseases across the globe. According to WebMD, 35%-75% of men with diabetes suffer some form of ED during their lives. In addition, men with diabetes encounter the erectile disorder ten to fifteen years earlier on average, than men without diabetes.

How to Manage Erectile Dysfunction with Diabetes?

By treating diabetes, indirectly one will be lowering the chances of ED. For example, some of the easiest and most prescribed methods of dealing with diabetes are healthy lifestyle changes such as quitting smoking, consuming less fat in the diet, exercising, and reducing stress.

All of these lifestyle changes are effective against diabetes because they reduce blood glucose. As mentioned above, poor long-term blood sugar maintenance is a leading contributing factor to ED.

As described earlier, an erection forms when nerves send signals to the muscles in charge of blood flow through the penis. But if some of the nerves that are involved in this process become damaged or are already damaged as a result of a neurological disorder, ED can occur. In fact, because an erection is a neurovascular action, any disease that affects the spinal cord, brain, and several sorts of nerves, can result in ED.

According to WebMD, a Spanish study involving 90 men found that almost 69% of them with sexual problems had nerve damage. Even a more interesting finding was that those with more intense nerve damage displayed more severe symptoms of sexual dysfunction.

Multiple sclerosis, Parkinson’s disease, and MS are some of the neurological diseases that can cause ED.

Treatment of Erectile Dysfunction Caused by a Neurological Disorder

Usually, when a neuro-urologist will attempt to treat neurological ED, they start with the least invasive methods, such as phosphodiesterase inhibitors, which are medicines that promote blood dilation. The medicine also relaxes the muscles of certain parts of the body, such as the heart, lungs, and genitals. Viagra is a phosphodiesterase inhibitor, PDE5. If such treatment does not work, the neuro-urologist will try other approaches, like penile implants.

ED can also be caused by an injury to one’s penis, spinal cord, or pelvic area.

According to the Neurology Today website, the details of a spinal injury may correlate to the severity of ED. For example, those sustaining injuries in the upper parts of the spine, the thoracic region, may be able to have reflexogenic erections, an erection caused by direct stimulation to the penis, while those sustaining injuries in the lower parts of the spinal cord, such as the lumbar and sacral regions, may experience psychogenic erections, stimulation, an erection caused by the brain.

The purpose of most antidepressants is to calm the one taking the drug down. This state of euphoria is achieved by raising the levels of serotonin in the body, a natural calming chemical. However, these antidepressants relax the body so effectively, that the sexual messages zipping across our neurons are less likely to make it to the brain.

In terms of blood pressure, ED is a peculiar dilemma. In order to treat ED, one must have low blood pressure. However, some men experience ED as a result of taking their blood pressure medication.

There are a lot of different sorts of blood pressure pills. Some cause ED, while other high blood pressure drugs can improve ED in some men. As is always the case, if you are taking blood pressure medication, have a quick chat with your doctor, to make sure you are not taking drugs that are canceling out their effects.

A huge factor in ED deals with the heart as it pumps blood through the body. The more clogged one’s arteries are, the harder the heart will have to work. If this article has taught you anything, it is that ED is not just a symptom by itself. Instead, ED is always the symptom of another health condition that has something to do with the flow of blood throughout your body.

Any drug that raises the body’s levels of serotonin will also cause ED. Alcohol abuse often leads to a decreased sex drive. In addition, chronic alcohol abuse can lower one’s testosterone levels.

In fact, according to the Vertava Health website, alcohol consumption is the leading cause of sexual dysfunction. ED is common in alcoholic men, but even more common in men who consume more than three drinks a day or smoke more than ten cigarettes a day.

A poor diet can certainly cause ED. A major contributing factor to ED is when arteries are blocked. Fatty foods and saturated fats will block arteries. Obesity can be another cause of ED.

Everyone loses their libido when they get older, this is inevitable. The testosterone chemical in the male body, considered the primary sexual hormone, begins to decrease once we get older. Testosterone replacement therapy is an effective method that can bring back the same levels of testosterone in older men that they possessed when they were much younger.

How to Treat Erectile Dysfunction Drug-Free and Surgery-Free

All the ED treatments listed above entail some sort of surgery or drug. Thanks to the wonders of extracorporeal shockwave therapy, individuals can be treated for ED, sexual performance as well as sexual health. Contact a nearby GAINSWave provider today and learn more about the simple non-invasive procedure. 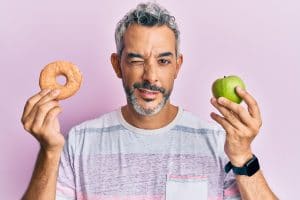 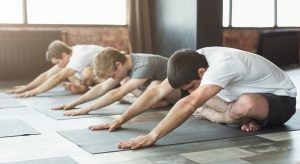 Exercises That Can Treat Erectile Dysfunction 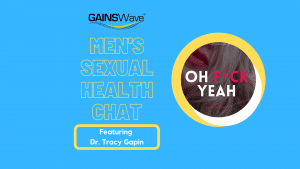 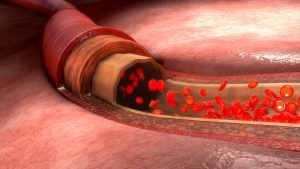 How Long Does it Take to Correct One’s Blood Flow? 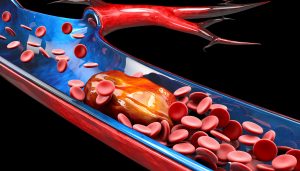 How to Cure Venous Leakage 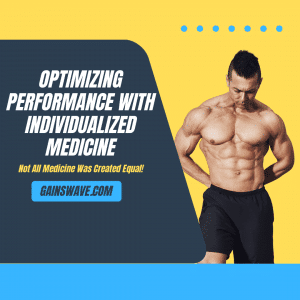