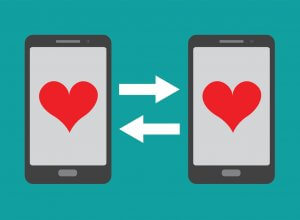 Whether you’re looking for “the one” or just a one-night stand this year, you may want to give dating apps a try.  Yes, it can be overwhelming, so make sure you are choosing the right platforms and have a stellar profile.

Dating apps have become ubiquitous. And couples who leave their fate to online meeting places are getting hitched right and left. Online Dating Magazine says that there are around 2,500 dating sites in the U.S. alone and 5,000 worldwide. It’s no surprise, then, that over 20% of couples meet online these days.

While that’s all good news for the wedding industry, there are still things to watch out for if you’re logging on to find love. There are scammers, creeps, and phonies, and some sites are worse than others regarding the quality of the matches.

But before we get to all that, let’s look at what you should and shouldn’t include in your profile.

As a man, you’ll probably be judged a lot more by what you have to say than by your photos. That being said, don’t pull the old trick where you upload only photos of you standing off in the distance or wearing sunglasses and hats. You’ll have to reveal what you look like eventually, so don’t be shy about it.

Also, try to add some wit and humor to your profile, even if you only get a few lines of text to do it. People like to break the ice by commenting on something interesting in your profile, so make sure there’s actually something interesting there to comment on. But remember to steer clear of offensive jokes or toilet humor. No one wants that; or if they do, probably best to save it for later, when you know each other better.

Now let’s talk about some of the best dating apps for single men.

This is unarguably one of the most popular apps out there. Tinder’s convenience set the stage for the “swipe” factor, meaning you can look at someone’s photo and swipe right or left, indicating that you’re interested or want to move on.

Communication can’t begin unless both parties have shown interest. This helps, at least somewhat, with the random creepy messages people get on other sites and apps. There’s a short bio section where you can get a taste for someone’s wit or lack thereof, and a few other photos. You also see the person’s first name and their age.

It’s so easy it’ll feel like you’re shopping for your perfect date.

While many people may see the app as an ideal platform to find a quick hookup, it has resulted in many marriages and lasting relationships of all kinds. And it set the stage for similar swiping and easy chatting apps, which are now rampant. See below.

This app is similar to Tinder in that both parties have to like each other before communication can open up, but there’s one main catch: the woman has to message first. It’s sort of like a Sadie Hawkins take on dating, which is pretty cool. Especially considering females get the worst of the dirty proposition messages on many dating apps.

While that setup does make the platform seem more ideal for heterosexual couples, it doesn’t always have to be the case. The app set it up so that if two same-sex people match up, either one can message first.

So, it really becomes just like Tinder for those looking for same-sex partners.

Hinge is pretty similar to the above apps, especially Tinder, with a few differences. A big plus is that it uses your Facebook connections to introduce you to people, making it seem less like you’re meeting someone completely random and more like you’re meeting a friend-of-a-friend. This also allows you to ask any mutual friends about the person before meeting up with them.

After answering questions about yourself, the app also shows you common interests you have with a person, on top of the friends you have in common. Like the two apps discussed above, you can only start chatting with someone after you’ve both shown interest.

If you’re looking for love in a city, Happn may be a great option for you. This app is all about your location and the location of your matches. You must have crossed paths with someone already for them to appear, so it’s possible you frequent the same coffee shop or book store and have noticed them before.

For all you romantics out there, this can be a great way to start a flirtation or connect on what you love about local establishments. As with the other dating apps, you provide your basic info and no one can message you until you’ve shown interest in their profile.

Grindr is another popular dating app that has a focus toward gay and bisexual men. As with Happn, you are alerted when someone is nearby. It’s similar to other apps in the profile and messaging features. This is a good option if you’re going out on a weekend night and you’re interested in seeing who’s around that you could potentially talk to.

Bridging the gap between apps and standard dating websites, OkCupid is both, and you learn a lot more about people than on the app-only platforms. It’s also free and gives you a percentage of your compatibility with someone else.

But Digital Trends says it works better as a website than an app. The main reason is there’s more information about people on OkCupid than other apps like Tinder. While this does allow people to get a better picture of whom they’re talking to, it may be better left to the website version. The other downside is that anyone can send you a message; there doesn’t have to be any mutual sign of interest.

This site has been around since the online dating game began, launched back in 1995. Since then, it’s gained a reputation for generating serious relationships, not just hookups. It still remains popular, even though you do have to pay a monthly fee to get the most out of the site.

The way it works is fairly standard, in that you answer questions about yourself, upload photos, provide your basic information like gender, age, what you’re looking for, where you live, etc. You’ll receive matches regularly, can “wink” at people to show interest, and see who has looked at your profile. Compared to a swipe-heavy app like Tinder, Match.com can feel more mature and thoughtful, which may provide better results for those who are willing to put more money and effort into dating.

Whichever method you choose, remember to create a genuine profile that accurately reflects who you are and what you’re looking for. Being honest will ensure that there are no surprises, at least from your end, when meeting new people face-to-face.

When facing the online dating world, you want to be prepared to put your best self forward. To remain confident in your dating life, try boosting your sex life with GAINSWave®, a safe, noninvasive male-enhancement procedure that uses soundwaves to improve blood flow and performance.

To learn more about how GAINSWave can help, check out other posts on our blog. 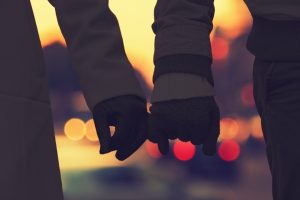